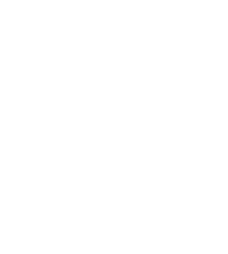 Our Lady’s School – Upper section is a mixed school situated in a picturesque view in the outskirts of Nuwara Eliya town. It is a government assisted school that belongs to the Nuwara Eliya education zone and both Sinhala and Tamil medium studies are done here up to the Ordinary Level. The school administration is done by the Catholic Bishop of the Central Province, Most Rev. Dr. Joseph Vianney Fernando and Rev. Fr. Shiwantha Rodrigo is appointed first Rector of the school. Currently, he holds position as the Rector and forty members work in the Academic staff and four in the Non-academic staff. About 687 students do study here. Since, its inception in 2011, the school had been able to produce the best O/L examination results in the region for three consecutive years and holds its name as one of the best schools in the region that attained great heights out of scratch.

Our Lady’s School in the District of Nuwara Eliya, Sri Lanka has a long-standing history which goes back to 1902 when it was initiated by the Irish Catholic Nuns of the Good Shepherd Order. In 1956, it became a Government assisted school and was maintained as a Primary School for both boys and girls up to 2010. Due to the fact that the School conducted classes only up to Grade 5, the parents of the students were faced with the predicament of finding a school for their children after Grade 5 and thus made persistent and earnest requests with the administration of the School to consider extending the School at least up to the Ordinary Level. The school administration was unable to comply with this request due to several limitations. It was due to the consistent pleas of the parents year after year that His Lordship, the Catholic Bishop of the Central Province, Most Rev. Dr. Joseph Vianney Fernando decided to intervene and initiated the extension of the school with the limited resources available. A building which was operated as a hotel (Collingwood Bungalow) was given temporarily to begin the Upper Section of the School and thus began the Upper School of Our Lady’s on the 17th of January 2011 with Rev. Fr. M. Shiwantha Rodrigo of the Catholic Diocese of Kandy being appointed as the first Rector of the School. The first batch of Students consisted of 122 in Grade 6 and the rooms of the temporary hotel building were converted into classrooms. However, that temporary building was only sufficient for the students of Grade 6 alone and so, all the possibilities were tried to look for a piece of land in the town for the extension of the school, but without success. Then, His Lordship, the Catholic Bishop of the Central Province , Most Rev. Dr. Joseph Vianney Fernando, fully understanding the need for the extension of the school, was generous enough to donate a piece of land in the outskirts of Nuwara Eliya town (about 3 km’s away) for the construction of the new school with gradual extensions. Thus, we initiated the construction of the first building for the school in Ruwan Eliya (also called Black Pool) in June 2011. The first building consisting of 10 classrooms was constructed from the donations received from the parents, well-wishers and the Bishop himself. Consequently, the building was declared opened on 4th January 2012 and the classes commenced for Grades 6 and 7 with 234 students on roll. As the school grew from strength to strength there was the urgent need to prepare the infrastructure for the upcoming classes and the schools second building was planned for another 16 class rooms. As the building proceeded its construction first four class rooms were opened for the children on 4th January 2013 for grades 6 – 8 and the strength of the students was 341 with 15 members in the Academic staff. The first phase of the New Building was declared opened for the students on 6th of January 2014 with 8 class rooms. In addition to the playground in front of the Main building a little plot of land was turned into a Net ball court and as an additional play area for the school students. The strength of the students in 2014, with Grade 9 as the most senior group, becomes 418 with 26 members being in the Academic staff with 3 volunteer teachers. Non-academic staff increased to 4 members. In 2015 we became 496 and 2016 we became a fully-fledged school with 570 students studying from grade 6 to 11.